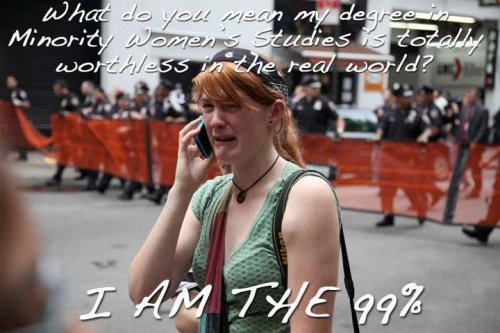 "The bourgeois family will vanish as a matter of course when its complement vanishes, and both will vanish with the vanishing of capital." Karl Marx, Das Capital

Marx was a complete immoral scumbag. He never worked a job and leached off his relatives and friends. He impregnated the baby sitter and popped a child he refused to support. He abused his family all the while railing against religion and the traditional family.

Abortion is infanticide. We Deists should not only defend individual liberty and reason, but the right every innocent life to exist. That baby, and it is a baby, has its own unique DNA and is an independent separate being from the mother. Thus he/she was denied their most basic right - a right to life - to be protected from a horrid death screaming in darkness as they are torn apart merely for convenience or the politics of others.

Yes there are cases of rape or saving the life of the mother, the latter a pure medical decision, both should be on a case by case basis and are very rare. But to take a life because of the mother's convenience or the real agenda of population control by infanticide is murder. The same people pushing this are the same ones advocating single motherhood and sexual promiscuity, which people have every right to engage in. But there's no right to kill another being or demand others financially support your stupid decisions.

Liberty can't exist without personal responsibility. One is free to do as they please within the law, but they have no right to demand others support those bad decisions. One has no right to free child care or special accommodations at the expense of others through government force. Charity is the business of churches and individuals, not the state. There's no constitutional right to demand others support you or give one free child care.

Real Deists instead of attacking Christians should defend liberty of all people and the most important liberty of all - a right to live. We must demand that the individual be responsible for their own actions, not strip others of their liberties, property, or even their life for the stupid actions of another.

Hawaii to Use Force to Promote Infanticide

Liberal fascism is at play in Hawaii as the Democrat controlled seeks to force religious and other institutions to promote their abortion-infanticide ideology. This tyranny is already legal in the Democrat fascist states of California and Illinois.

Churches involved in assisting women are claiming once again their religion protects them from this kind of statist tyranny, but in reality religious or not the state has no right to force this on anyone.

In a 22-3 vote, the state’s Democrat-controlled Senate approved SB 501, which would direct "all limited service pregnancy centers to disclose the availability of and enrollment information for reproductive health services."

For the Rev. Derald Skinner, pastor at Calvary Chapel Pearl Harbor, that would mean putting a sign advertising abortion in his church.

"They want to mandate all pro-life centers to put an abortion referral sign in our reception areas," Mr. Skinner said in a video published to the church's Vimeo account. "Now our particular pro-life center is in our church. So it's very important to realize that they are dictating to us what we can and cannot say. Will they give me my sermon next and tell me what I can preach?"

Once again the non-liberal Liberals are crushing individual liberty in the name of their child genocide agenda and Marxist war on the traditional family.