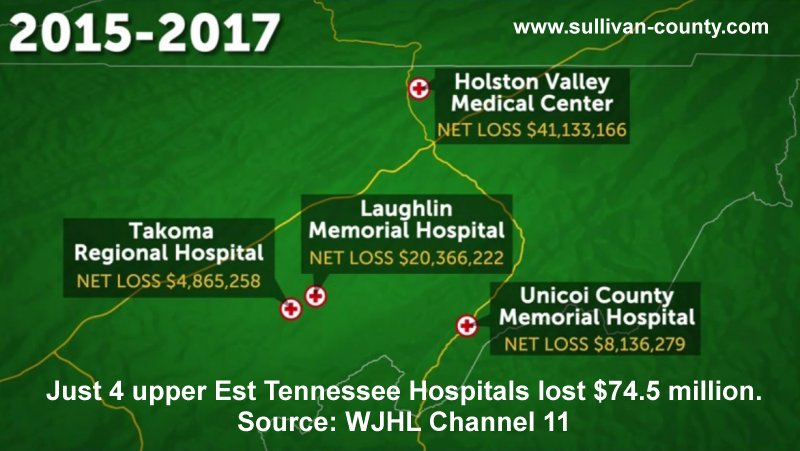 The region is already poor. Importing illegal aliens that take every job in the community for less money makes matters worse. Note due to lack of income many hospitals are in danger of failing.

Morristown Tennessee is another example as government allowed 6000 mostly illegal aliens to be brought in and fire American workers.

The 8000 illegal aliens and their families have not been good for the community. Crime has exploded with police commented about "tons" of drugs moving through the community. Removing the illegal aliens and their families the county didn't gain 3.3% in population instead fell 10% or more. Per-capita income is an appalling $21,962 and an official poverty rate of almost 17%. The real rate is far higher.

Chambers (a local farmer) said his vegetables would rot in the fields without (illegal) immigrant workers... "White people, the local people, won't do it any more," Chambers said.

Well, maybe they would if the money was good enough, Bill Kidd countered.

The retired Immigration and Naturalization Service supervisor spent 15 years trying to enforce the law in Tennessee.

(They don't just pick tomatoes they take jobs across the entire community knocking the bottom out of the local labor market.)

You can still hear the frustration in his voice when he talks about his staff's investigation of the Morristown chicken plant before it was purchased by Koch Foods.

"We put two agents in there. They bought (phony) documents from people the (plant) employment office told them to see, they arrested illegal aliens we'd arrested three times at the plant before — (but) the U.S. attorney's office found problems with the case."

Phony green cards and Social Security numbers (felonies) are so common and easy to produce now, Kidd said, that many employers are being truthful when they say they don't know whether they are hiring illegal workers.

Hamblen County jailers usually call the Immigration and Customs Enforcement office if they suspect someone they have arrested on criminal charges may be an illegal immigrant, too. The "hands-off" policy of other communities doesn't fly here.

Public defender Ethel Law Rhodes meets with her (illegal) immigrant clients on Thursdays for what county officials call Hispanic Court Day. A translator is available to help explain the proceedings to suspects who speak little or no English.

Rhodes warns her clients they may face deportation once their state case is resolved.

But if ICE has run out of leased jail space in Maryville, about 70 miles away, (illegal) immigrants who were never deported may be released in the United States while awaiting a deportation hearing.