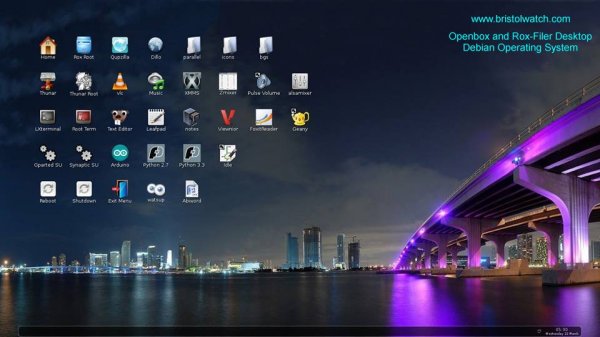 Welcome to my website. This is my 24th year on the net.

This website covers a several subjects. They relate to applied science-engineering, history, religion, and education.

I also advocate individual liberty and individual freedom. My goal is to invoke thought. I reject any form of correctness - political, theological, etc.

I'm a former US Army soldier and here is a picture of my duty station in West Berlin. My military occupational specialty was 33S intercept systems technician and I held a top-secret SI clearance.

I grew up in Norton, Virginia, and graduated high school from John I. Burton High School in 1977.

I left King College in Bristol for financial reasons. I graduated with honors from Northeast State Technical Community College. I have AS degrees in Computer Information Technology and university parallel.

My alternate site under construction and updates is www.lloflin.com

I have 45 years experience in electronics, from vacuum tubes to modern solid state and industrial controls.

In college I had a year each of physics, chemistry, and biology along with C, C++. Pascal, and assembly. I tend to teach from a general science viewpoint.

The New York Times published a list of the most powerful people and most of them are white, including leaders in industry, government, media, academia etc. There are very few faces of color.

The Democrats run a racial and racist pandering machine to defeat Bernie Sanders that's OK, but when fired and replaced, white IT workers at Disney and other companies object to "immigrants" they are tagged racist.

Why do the white elite so revile lower-income blue-collar and white workers? Why are we so expendable in this progressive economic and social engineering nightmare? When we dare question it, we're tagged as racists and xenophobes.

Mass immigration has destroyed American labor and is simply another form of crony capitalism, while liberals see it as a way to further engineer replacement voters based on race, so isn't that racist?

According to New York Times columnist Thomas B. Edsall, writing in a piece published Nov. 27, 2011:

"All pretense of trying to win a majority of the white working class has been effectively jettisoned in favor of cementing a center-left coalition made up, on the one hand, of voters who have gotten ahead on the basis of educational attainment - professors, artists, designers, editors, human resources managers, lawyers, librarians, social workers, teachers and therapists - and a second, substantial constituency of lower-income voters who are disproportionately African-American and Hispanic."

That same working-class is reviled by hostile Republicans and their Reaganomics religion. 51 percent of American workers now earn under $30,000. We have a 40 percent real unemployment rate (considering the rate of people over the age of 16 with jobs, compared to the overall 16-and-over population) while reports state "Once Again Foreign-Born Jobs Are Up, U.S.-Born Jobs Down."

That has created Trump.

Science and Why I'm an Evolutionist

We are often given a choice of two extremes - either one must have blind faith in some book with dictated nonsense or in atheism. Both are false choices and I'm not buying it.

Science has been a life-long love and I'm very defensive of it. I reject the abuse of science to bolster various political claims and the invasion of money, religion, and politics into research. I define science as strictly the description of the physical operation of the universe as defined by my chemistry professor in college, a devout Christian.

Science is no more about "truth" than the computer gadgets I build on my other website. Those devices do give some indication of their builder-creator, but are hardly objects for worship in themselves.

I've had college level physics, chemistry, and biology, but claim no expertise in these fields. I've read every science text in the school library and have been an amateur geologist since I was a kid. I loved collecting fossils and rocks from the coal-mining sites near Norton, Virginia. Strip mines are great for collecting fossils.

I'm very strict on the scientific method and the proper use of it. To quote, "It is a process for making observations, recording data, and analyzing data that can be duplicated by other scientists...If a theory cannot be tested, it cannot be a scientific theory." That makes me a big skeptic of any claim that refuses to follow it. Without verifiable scientific proof I'm not going to buy into it for the same reason I reject literal Six-Day Creationism.

"We can not command religion, for no man can be
compelled to believe anything against his will."

These words from Theodoric the Great are my motto. My beliefs are stated as follows:

I reject the authority of religious leaders to dictate belief to anyone. Be aware of those with political or social agendas. Study the works of the heretics and put these great works in proper context. Many conclusions about the Bible, etc. are based on reason and the "literal" word - claims of special revelation is simply opinion of the claimant.

I believe in the separation of religion and state. There's no such term as "church" or such terms in the Constitution. The State is to remain neutral which is not the case today. Ongoing efforts to de-Christianize the culture and substituting other secular pseudo-religions (environmentalism is the most common) is not neutrality.

Anyone that thinks environmentalism isn't a religion needs to read Al Gore's "Earth in the Balance" for proof on that. I bought the book, read it, and can prove it.

To quote Frank Furedi Professor of Sociology at University of Kent, "...the authors of children's books and school officials also use environmentalism as a vehicle for socializing youngsters." This is not a function of schools that today produce millions of dysfunctional and illiterate graduates. If the Religious Right did this there would be screaming in the faculty lounge. What happened to separation of church and state?

Reason keeps us sane, but the spiritual makes us human. I understand people differ and have differing views of reality, but any time society attempts to enforce conformity history shows this leads to tyranny and eventually ruin. Just be aware and be moderate on these issues.

So make no mistake I reject Environmentalism when it involves any form of spiritualism or enters politics. The other belief system I have zero tolerance of is Leftism.

'Leftism' is a term coined by Dennis Prager. He writes,

"You cannot understand the Left if you do not understand that Leftism is a religion. It is not God-based (some left-wing Christians' and Jews' claims notwithstanding), but otherwise it has every characteristic of a religion. The most blatant of those characteristics is dogma. People who believe in Leftism have as many dogmas as the most fundamentalist Christian ... dogma - a belief system that transcends reason..."

Environmentalism or Climate Justice has poisoned and undermined earth science and science in general.

Progressivism is racist to the core. Identity politics has devolved to racial hate and envy.

Tammy Bruce on Tucker Carlson Dec. 13, 2016 gets exactly what the 2016 election was about and it wasn't Russia or racism:

"The Left in the last 8 years we have learned they are fascists...the election is a message of us rejecting political correctness and the culture of intimidation...Americans are saying enough is enough with the culture of intimidation. Enough of attacking individuals because of their faith especially coming from the gay community. As a gay women I find it outrageous that we are attacking people simply because of who they are...as a gay person, as an American, it's about individual liberty and personal freedom and that is what this election was about. I hope Americans are standing up against bullies...we have to stand up against the American Left."

The problem is that democracy is not freedom. Democracy is simply majoritarianism, which is inherently incompatible with real freedom. Our founding fathers clearly understood this, as evidenced not only by our republican constitutional system...Simply put, freedom is the absence of government coercion.

I have a lot of religious-historical material written from a classical deist perspective. I take a non-hostile view of other beliefs UNLESS they become primarily political and threaten our individual rights.

"What could be more fundamental to science than the assumption that the explorability and thereby the cognizability of reality arises due to its bearing the handwriting of its author? God speaks the language of his creation, and our spirit, which is likewise his creation, is able to perceive it, to hear it, to comprehend it." 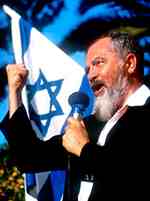 The Wall Street Journal reports (April 22, 2002) that some colleges are recruiting Jewish students to give them higher status in terms of SAT scores. The Journal also reports that highest three groups in SATs are Unitarians, Jews, and Quakers.

Definition of racism: holding differing standards or treating people differently due to race, that like gender and species, is a product of biology. Examples of racism today is affirmative action, pretending one's value is based on race and not merit or individual achievement, etc.

There are no such things as trans-racialism, trans-genderism, or trans-species. You are not a cat because your mental condition leads you to believe you are.

Racism has nothing to do with criticism of culture, politics, religion, behavior, etc. Islamic politics-religion or Latino Culture, for example, is not a race nor is Hinduism or Christianity. Yelling racism on every issue makes the term a joke.

Noting the high levels of minority violence and criminality is a critique of culture and behavior and for the same reason, the critique of white trash meth heads has NOTHING to do with race.

Definition of reason: "(N) a cause, explanation, or justification for an action or event." "(V) The power of the mind to think, understand, and form judgments by a process of logic."

Definition empiricism: "the theory that all knowledge is derived from sense-experience. Stimulated by the rise of experimental science, it developed in 17th and 18th centuries" in Europe and America. That means one must present physical, verifiable proof not vote, conjecture, authority, or mere opinion. Science without empiricism is not science. Empiricism has nothing to do with faith, feelings, or popular vote.

The press has created a hysterical circus when three white men were wrongly accused of raping a black prostitute. Yet virtually nothing on the brutal Knoxville carjacking, rape, and murder to two white kids. Even my local paper the Bristol Herald Courier wouldn't cover the killings 90 miles away while running reports on nonsense in New York. They were angry when I called them on it. They started carrying the reports.

Regardless of the level of violence inflicted on the white victims the five members of the gang dodged the death penalty they deserved.