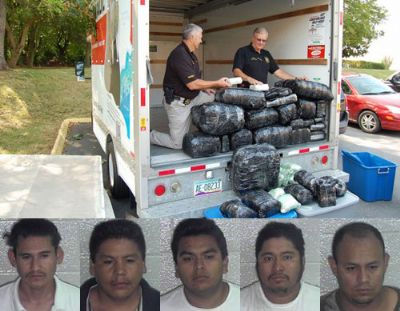 Where are you Reverend Sharpton?

Lauren Burk and Eve Marie Carson were brutally murdered; their lives swept away in a senseless act of violence, as the doors to their future were just opening. Family and friends will never again see their smiles, hold their hands, or hear them say, "I love you." What they could have given to others or the world itself, has been stolen in a few seconds of barbarity.

Courtney Lockhart has been arrested and charged with murdering Lauren Burk, as well as other crimes, including attempted rape. After his arrest, Lockhart confessed to killing Lauren, and also divulged that he had committed five armed robberies over a span of one week.

Demario James Atwater and Lawrence Alvin Lovett, Jr. have been arrested and charged with the murder of Eve Carson. At the time of Eve's murder, both men were on parole. Lovett and another man, Stephen Lawrence Oates, have also been charged in connection with the robbery and murder of Abhijit Mahato, a doctoral student at Duke University. Oates was also wanted for a string of 18-armed robberies. Needless to say, these "pillars of the community" had prior criminal records.

Silent in all of this, is the voice of Reverend Al Sharpton. The same Al Sharpton who demanded justice for Tawana Brawley and Crystal Gail Mangum, both of whom fabricated stories of rape and degradation.

Yet, if the victims in these cases were Black and those accused were White, you would be in the public eye every day screaming racism. You would be stirring the pot of racial hatred, and once again calling for justice. But, in these cases you will sit back and act as though nothing happened.

Each and every person, regardless of race, who commits crimes of brutality, with heartless disregard for human life, should be executed as quickly as possible and eliminated forever from society. Now is the ideal time for you to prove that you are a man of integrity and honor, and stand up to ask for parity in justice. Stand by the Burk and Carson families, and support them in their time of sorrow and suffering. It's a perfect opportunity. The only question remaining is, will you accept it?

If you fail to do so, the next time you stand at the public podium, which indeed you will do, and demand to know why there is racism in America, be certain you face a mirror when you ask. There, Reverend Sharpton, you will clearly see one of the reasons looking back.