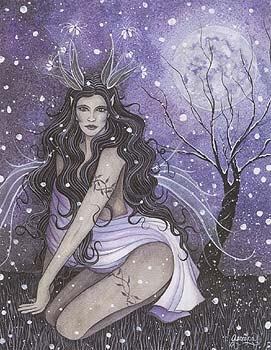 What is New age Religion?

New Age Religion is not a religion at all, but a vast syncretism (or mixing) of numerous religious and philosophical ideas. This has been going on since the time of Alexander the Great, but was snuffed out under Christianity and its enforced dogma starting around 325 AD. Alexander's vast empire opened the door for Eastern religion and mysticism to move West, while Greek philosophy and reason moved East. Today the same process continues, but on a global scale in particular with the internet.

It has some similarities to ancient Gnosticism adopting both its methods and its individual nature. Most often rejecting reason and science, New Age religion more than anything is emotional, filing in a void left by a secular culture and discontent with traditional religious beliefs.

Modern environmentalism could be broadly classified into New Age religion because of its treatment as a pseudo-religion and deification of Nature. This is part of the continuing process of syncretism.

Madame Helena P. Blavatsky (1831-1891) co-founder of the Theosophical Society in the 19th century I see as the grandmother of the New Age movement. New Age religion is anti-science and anti-reason - Blavatsky in fact had a stuffed baboon she dressed up as Charles Darwin mocking science.

The New Age Movement is in a class by itself. Unlike most formal religions, it has no holy text, central organization, membership, formal clergy, geographic center, dogma, creed, etc. They often use mutually exclusive definitions for some of their terms.

The New Age is in fact a free-flowing spiritual movement; a network of believers and practitioners who share somewhat similar beliefs and practices. Their book publishers take the place of a central organization; seminars, conventions, books and informal groups replace of sermons and religious services. Quoting John Naisbitt (1):

"In turbulent times, in times of great change, people head for the two extremes: fundamentalism and personal, spiritual experience...With no membership lists or even a coherent philosophy or dogma, it is difficult to define or measure the unorganized New Age movement.

But in every major U.S. and European city, thousands who seek insight and personal growth cluster around a metaphysical bookstore, a spiritual teacher, or an education center."

8% believe in astrology as a method of foretelling the future

About 1 in 4 believe in a non-traditional concept of the nature of God which are often associated with New Age thinking:

8% define God as "the total realization of personal, human potential"

3% believe that each person is God

Other, and Jewish, A longitudinal study from 1991 to 1995 shows that New Agers represent a steady 20% of the population, and are consistently the third largest religious group.

New Age teachings became popular during the 1970's as a reaction against what some perceived as the failure of Christianity and the failure of Secular Humanism to provide spiritual and ethical guidance for the future. Its roots are traceable to many sources: Astrology, Channeling, Hinduism, Gnostic traditions, Neo-paganism, Spiritualism, Theosophy, Wicca, etc.

The movement started in England in the 1960's where many of these elements were well established. Small groups, such as the Findhorn Community in Inverness and the Wrekin Trust formed. The movement quickly became international.

Early New Age mileposts in North America were a "New Age Seminar" ran by the Association for Research and Enlightenment, and the establishment of the East-West Journal in 1971. Actress Shirley MacLaine is perhaps their most famous current figure.

During the 1980's and 90's, the movement came under criticism from a variety of groups. Channeling was ridiculed; seminar and group leaders were criticized for the fortunes that they made from New Agers. Their uncritical belief in the "scientific" properties of crystals was exposed as groundless.

But the movement has become established and become a stable, major force in North American religion during the past generation. As the millennium comes to a close, the New Age is expected to expand, promoted by the social backlash against logic and science.

The "New Age" That Does Not Exist

Major confusion about the New Age has been generated by academics, counter-cult groups, Fundamentalist and other Evangelical Christians and traditional Muslim groups, etc. Some examples are:

Many of the above groups have dismissed Tasawwuf (Sufism) as a New Age cult. In reality, Sufism has historically been an established mystical movement within Islam, which has always existing in a state of tension with the more legalistic divisions within Islam. It has no connection with the New Age.

And they seem to regard all as forms of Satanism who perform horrendous criminal acts on children. In fact, the Occult, Satanism, Neo-pagan religions are very different phenomena, and essentially unrelated.

Dr. Carl Raschke, professor of Religious Studies at the University of Denver describes New Age practices as the spiritual version of AIDS; it destroys the ability of people to cope and function." He describes it as "essentially, the marketing end of the political packaging of occultism...a breeding ground for a new American form of fascism."

A number of fundamental beliefs are held my many New Age followers; individuals are encouraged to "shop" for the beliefs and practices that they feel most comfortable with:

Monism: All that exists is derived from a single source of divine energy.

Pantheism: All that exists is God; God is all that exists. This leads naturally to the concept of the divinity of the individual, that we are all Gods. They do not seek God as revealed in a sacred text or as exists in a remote heaven; they seek God within the self and throughout the entire universe.

Panentheism: God is all that exists. God is at once the entire universe, and transcends the universe as well.

Reincarnation: After death, we are reborn and live another life as a human. This cycle repeats itself many times. This belief is similar to the concept of transmigration of the soul in Hinduism.

Karma: The good and bad deeds that we do adds and subtracts from our accumulated record, our karma. At the end of our life, we are rewarded or punished according to our karma by being reincarnated into either a painful or good new life. This belief is linked to that of reincarnation and is also derived from Hinduism.

An Aura is believed to be an energy field radiated by the body. Invisible to most people, it can be detected by some as a shimmering, multi-colored field surrounding the body. Those skilled in detecting and interpreting auras can diagnose an individual's state of mind, and their spiritual and physical health.

Personal Transformation A profoundly intense mystical experience will lead to the acceptance and use of New Age beliefs and practices. Guided imagery, hypnosis, meditation, and (sometimes) the use of hallucinogenic drugs are useful to bring about and enhance this transformation.

Believers hope to develop new potentials within themselves: the ability to heal oneself and others, psychic powers, a new understanding of the workings of the universe, etc.

Later, when sufficient numbers of people have achieved these powers, a major spiritual, physical, psychological and cultural planet-wide transformation is expected.

Ecological Responsibility: A belief in the importance of uniting to preserve the health of the earth, which is often looked upon as Gaia, (Mother Earth) a living entity.

Universal Religion: Since all is God, then only one reality exists, and all religions are simply different paths to that ultimate reality. The universal religion can be visualized as a mountain, with many sadhanas (spiritual paths) to the summit.

Some are hard; others easy. There is no one correct path. All paths eventually reach the top. They anticipate that a new universal religion which contains elements of all current faiths will evolve and become generally accepted worldwide.

New World Order As the Age of Aquarius unfolds, a New Age will develop. This will be a utopia in which there is world government, and end to wars, disease, hunger, pollution, and poverty.

Gender, racial, religious and other forms of discrimination will cease. People's allegiance to their tribe or nation will be replaced by a concern for the entire world and its people.

The Age of Aquarius is a reference to the precession of the zodiac. The earth passes through each of the signs of the zodiac approximately every 24,000 years. Some believe that the earth entered the constellation Aquarius in the 19th Century, so that the present era is the dawning of the age of Aquarius.

Others believe that it will occur at the end of the 20th century. It is interesting to note that the previous constellation changes were:

from Aries to Pisces the fish circa 1st century CE. This happened at a time when Christianity was an emerging religion, and many individuals changed from animal sacrifice in the Jewish temple to embracing the teachings of Christianity. The church's prime symbol at the time was the fish.

from Taurus to Aries the ram circa 2,000 BCE. This happened at a time when the Jews engaged in widespread ritual sacrifice of sheep and other animals in the Temple from Gemini to Taurus the bull circa 4,000 BCE. During that sign, worshiping of the golden calf was common in the Middle East.

Many practices are common amongst New Agers. A typical practitioner is active in only a few areas:

Channeling A method similar to that used by Spiritists in which a spirit of a long dead individual is conjured up. However, while Spiritists generally believe that one's soul remains relatively unchanged after death, most channelers believe that the soul evolves to higher planes of existence.

They usually try to make contact with a single, spiritually evolved being. That being's consciousness is channeled through the medium and relays guidance and information to the group, through the use of the medium's voice.

Channeling has existed since the 1850's and many groups consider themselves independent of the New Age movement. The popular A Course in Miracles was channeled by Jesus through a New Age psychologist, Dr. Helen Schucman over an 8 year period.

Crystals are materials which has its molecules arranged in a specific, highly ordered internal pattern. This pattern is reflected in the crystal's external structure which typically has symmetrical planar surfaces.

Many common substances, from salt to sugar, from diamonds to quartz form crystals. They can be shaped so that they will vibrate at a specific frequency and are widely used in radio communications and computing devices. New Agers believe that crystals posses healing energy.

Meditating A process of blanking out the mind and releasing oneself from conscious thinking. This is often aided by repetitive chanting of a mantra, or focusing on an object.

Divination The use of various techniques to foretell the future, including I Ching, Pendulum movements, Runes, Scrying, Tarot Cards.

Astrology The belief that the orientation of the planets at the time of one's birth, and the location of that birth predicts the individual's future and personality. Belief in astrology is common amongst New Agers, but definitely not limited to them.

Holistic Health This is a collection of healing techniques which have diverged from the traditional medical model. It attempts to cure disorders in mind, body and spirit and to promote wholeness and balance in the individual.

Human Potential Movement (a.k.a. Emotional Growth Movement) This is a collection of therapeutic methods involving both individualized and group working, using both mental and physical techniques. The goal is to help individuals to advance spiritually.

The Canadian Census (1991) recorded only 1,200 people (0.005%) who identify their religion as being New Age. However, this in no way indicates the influence of new age ideas in the country. Many people identify with Christianity and other religions, but incorporate many new age concepts into their faith.