Climate Change and the Lost Colony of Roanoke Island

The severe climate change known as the Little Ice Age (1600-1900) may be connected with severe drought in the American Southeast in the Carolinas and Virginia near that time.

The Roanoke Colony on Roanoke Island in Dare County in present-day North Carolina. This was an enterprise financed and organized by Sir Walter Raleigh in the late 16th century. The goal to establish a permanent English settlement in the Virginia Colony.

Between 1585 and 1587, several groups attempted to establish a colony, but they either abandoned the settlement or disappeared entirely.

The final group of colonists disappeared after three years elapsed without supplies from the Kingdom of England. This was during the Anglo-Spanish War, leading to the continuing mystery known as "The Lost Colony".

One possible explanation is that they were assimilated into the local indigenous tribes. (Wiki)

A drought reconstruction, stretching back to 1185, indicates that the most severe growing season drought and the most severe three year period of drought in 800 years. This coincided with the disappearance of the Roanoke Island Colonists.

In addition, a reconstruction of the severe seven year drought (1606-1612) in Jamestown, accounted from documented historical records. This likely played a part in the high death rate in the colony. 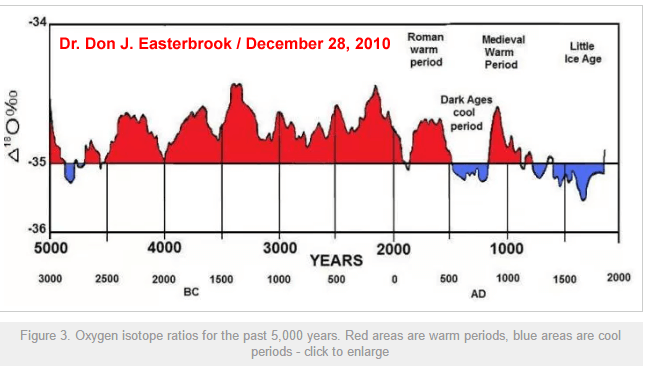 Note the severe temperature drop ~1600. Even in 2018 global temperatures have not returned to the temperature normal at the time of Alexander the Great, when it was far warmer than today.