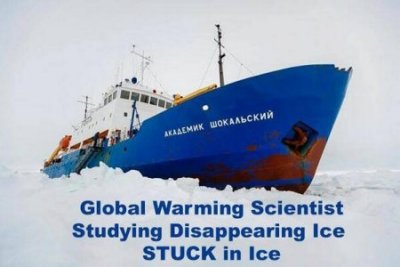 View a snapshot of his webpage

What does Al Gore say about the science behind global warming? "As it happens, the idea of social justice is inextricably linked in the Scriptures with ecology." It's not about science and poor working-class people shouldn't suffer needless hardship for people like Gore. Virginia government is diverting millions in needed economic development for global warming pork-barrel research, much of it designed to secure other federal grants.

In low-wage, high-poverty Appalachia and Bristol needless inflation is devastating. The environmental movement and its followers really consist of two broad groups: progressive-leftists that see the issue as political power and pagan earth/nature worshippers, which is why I call them the Watermelon Cult. Like the Religious Right and big business within the Republican party, they are both special interests with their own agenda and use each other to obtain it. The big losers are the working poor as always. Environmentalism in my opinion is the pseudo-religion of the white-collar liberal.

Re the letter: "Renewable energy will grow jobs," published April 29, why wasn't Mr. Tolbert identified as being on the staff of a leftist' PAC called "Environment Virginia" (http://www.environmentvirginia.org) and that his letter is their political literature?

When Tolbert uses terms such as "heal our planet" he again proves environmentalism is a pseudo-religion violating separation of pseudo-religion and state. I have news for Mr. Tolbert and other followers of the watermelon cult (Green theology, Red politics): The earth is not holy, divine, sacred, or god/goddess in any form. This pantheistic New Age nonsense has no business as government policy.

He perpetrates the lie about "jobs" to promote this belief system because all the computer models used to promote the man-induced global warming hysteria have been debunked by the record cold of the past 18 months. That wasn't supposed to have happened. Why are ice jams, etc. causing flooding in Fargo and the Midwest?

These so-called "green jobs" will require massive corporate welfare and will result in huge cost increases for energy. It will waste perhaps trillions of dollars. But don't worry the Messiah in the White House that promised tax breaks for 95 percent of us will simply kill us with a carbon tax. But he promised to send us a check for two-thirds of the loot collected. That's the tax cuts that liar in the White House promised, which is really a tax increase.

Finally the Herald Courier endorsed those stupid wind farms in Wise County without revealing the true cost to consumers. Its reporting on this issue seemed biased and one-sided. According to the New York Times (March 29) wind power costs even more than proven, reliable nuclear power plants. But the watermelon cult objects to that, too, even with the projected 50 percent increase in electric bills.

Tell Congressman Boucher not to support the American Clean Energy and Security Act and its hidden religious and social agenda.

See the response to this letter: Separation of Pseudo-Religion and State

Bristol Herald Courier Editor's note: This newspaper endorsed a site in Wise County, Va. for a possible wind project that is secluded from the public and has a willing private landowner, but noted it is not clear if the project is financially viable. We also stated we would determine the effect on rate payers if the project moves forward.

The Bristol Herald Courier went ahead and endorsed this bill and Rick Boucher voted for it. They call it a "Energy Compromise A Great Step Forward" (May 22) Their reasoning? To quote,

The obvious truth: Energy costs will increase due to new environmental safeguards in the bill, but no one truly knows by how much. Yet another truth: Congress must act or the EPA will, and the agency cannot take economics into the equation. That's why business, after dragging its feet and denying for decades that global warming exists, is getting on board. Industry might not welcome a carbon cap, but some leaders fear an EPA regulation would be even more restrictive. We definitely want more clarity on the potential costs, but a carbon-cap-and-trade plan is a good way to begin reducing carbon emissions...

First of all Bristol Herald Courier there hasn't been any warming in 17 years as of 2014 but there climate change now called carbon pollution to further scare the public. See Science Proves Climate Change

The full editorial is here. The Progressive left wants this to implement political, economic, and social changes they desire and reporting on this has been totally one-sided, which they don't deny. This endorsement matched their reporting exactly. One question that must be asked is why has the EPA got such power in the first place?

As for Congressman Boucher the Pork King, here is what he got for selling his vote:

1. Lots of pork dollars. According to Rick, "My proposal to provide assured federal funding of $1 billion annually for the rapid development of carbon dioxide capture and sequestration technologies has been included in the legislation. Over a 10-year period, the $10 billion which this fund will produce, according to expert observation, will provide available, affordable and reliable carbon dioxide separation and storage technologies by 2020. These technologies will enable coal to be burned by power plants without emitting carbon dioxide, and their arrival will assure that coal will continue to be America's primary fuel for electricity generation." The whole idea is just stupid.

2. Corporate welfare. To quote, "I also ask for a special fund of between $75 and $100 billion, the exact value to be determined by then the current emission allowance prices, to assist with the cost of deploying carbon capture and sequestration technologies when they become available. This fund was also included in the legislation." Where is the money coming from? Us of coarse.

3. Playing to regional coal industry to cover his rear end. To quote, "Essential to my support of the legislation was a third recommendation under which emission allowances be provided for free to the emitting entities rather than requiring that the allowances be purchased by them at government-sponsored auctions. Free allowances reduce the overall cost of the program helping to secure the role for coal and helping to keep electricity prices affordable in regions such as ours where most of the electricity is coal fired. That provision is also a part of the legislation approved by the committee." This is just nonsense.

Note that last demand got Mr. Boucher removed as energy committee chairman as I remember.

Note that as of 2014 the entire concept is a proven failure and Boucher lost re-election in 2010.

The United States has shivered through an unusually severe winter, with snow falling in such unlikely destinations as New Orleans, Las Vegas, Alabama, and Georgia. On Dec. 25, every Canadian province woke up to a white Christmas, something that hadn't happened in 37 years. Earlier this year, Europe was gripped by such a killing cold wave that trains were shut down in the French Riviera and chimpanzees in the Rome Zoo had to be plied with hot tea. Last week, satellite data showed three of the Great Lakes - Erie, Superior, and Huron - almost completely frozen over. In Washington, D.C., what was supposed to be a massive rally against global warming was upstaged by the heaviest snowfall of the season, which paralyzed the capital.

Meanwhile, the National Snow and Ice Data Center has acknowledged that due to a satellite sensor malfunction, it had been underestimating the extent of Arctic sea ice by 193,000 square miles - an area the size of Spain. In a new study, University of Wisconsin researchers Kyle Swanson and Anastasios Tsonis conclude that global warming could be going into a decades-long remission. The current global cooling "is nothing like anything we've seen since 1950," Swanson told Discovery News. Yes, global cooling: 2008 was the coolest year of the past decade - global temperatures have not exceeded the record high measured in 1998, notwithstanding the carbon-dioxide that human beings continue to pump into the atmosphere.

Go argue with the Boston Globe.