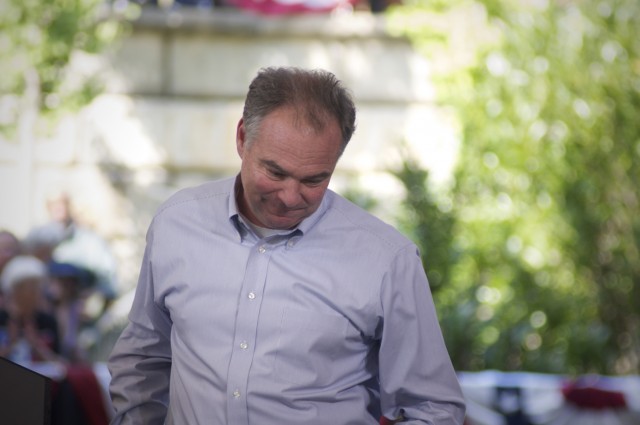 Samples of the problem:

The Bristol Herald Courier reported back in April 2014 that Sen. Kaine Democrat of Virginia met with local leaders to hear their crying, whining and complaining about the local labor force.

Business leaders and politicians and the local elite were invited yet the subject of meeting was absent as always - those representing the working poor and workers in general.

One local company Utility Trailer Manufacturing Company head plant manager Sam Cassel complained, "if we could get 100 employees tomorrow we would do it." Not so oddly this company has no listings at the Virginia Employment Commission which I track fairly often for my blog and don't remember ever seeing them listed.

If they were really hiring could they at least advertise that they're hiring, state qualifications, and pay scales?

Won't happen around here. The same gentleman who can't seem to find the phone number to the employment commission complained that he was concerned about "work ethics" and whined, "it can be a challenge to find dedicated employees."

Why is it when a business locates to Southwest Virginia or Tri-Cities do they feel it's their right to pay sometimes 60% less than anywhere else in the state? Why are they entitled to millions in handouts and freebies?

Why are those getting a few dollars in food stamps or rent assistance demonized while corporate welfare and crony capitalism is celebrated?

Universal Fiber Systems CEO Mark Ammen said his company "is also in need of employees with technical training but is also looking for non-skilled workers."

But a check of the Virginia Employment Commission in Bristol then and now shows no listings for his company. In fact I don't believe I've ever seen a listing for this company.

In addition Mr. Ammen says, "these are great jobs you are talking about." Really at nine dollars an hour with a temp agency and rotating 12 hour shifts?

Yet while they are demanding that the state pay for a lot of unspecified workforce training these companies will make no commitment to hire them or show any willingness to contribute anything to the process.

Most young people around here that are worth anything go on to college precisely to get away from companies such as these. This is compounded by the fact that these type of manufacturers refuse to hire college graduates anyway-that is company policy. As I was told these type of workers are considered a poor fit in the factory culture.

Let's return to the problem of Utility Trailer which is mainly the fabrication-welding of metal truck trailers. This involves a lot of welding which is easy to train those with low academic achievement to do - what the problem is passing a drug test and being able to read a blueprint.

The chronic problem that the social apartheid politicians absolutely refuse to address is many of these workers need to repeat two or three years of high school. We are plagued with far too many social promotions and high school dropouts. To try to train people to read a blueprint we must educate them enough in science, math and reading to be trainable.

The education system here is pretty well determined that one is either going to college thus being forced to flee the area, or simply be semi-literate and get some watered-down vocational certificate. What business claims to need is a better educated and skilled workforce that they are simply not willing to pay for and are equally unwilling to train or improve working conditions.

Studies show that manufacturing wages have so stagnated and fallen over the last two decades to where they are hardly competitive with other occupations. They are returning due to mainly falling and stagnant wage scales, lower energy costs, and billions in corporate welfare.

According to the New York Times state and local governments handing out corporate welfare and incentives to business costing taxpayers $80-$90 billion a year. Far too often those funds are use to fire, displace, and lower the wage scales of domestic workers with companies simply shifting production around within the United States.

To further quote the local press, "a real challenge for workforce training and the long-term health of the economy in Southwest Virginia is drug addiction. Huge numbers of people are addicted and unable to maintain stable employment."

And that is true because those with any kind of education or training flee the region's low-wage employers and much of what is left are those that are too lazy to get an education - they also tend to abuse drugs and alcohol.

In addition while local and state governments shower business with millions in corporate welfare and backdoor subsidies virtually nothing is spent to deal with drug addiction or treatment.

While this is a critical issue "we can't ignore" so they say where's the money for drug treatment?

Earlier in 2014 now Gov. Terry McAuliffe helped Bristol Virginia politicians pilfer $100 million from Virginia taxpayers to underwrite The Falls retail development in Bristol. But again not one public penny for drug treatment or to deal with the high school education deficiencies of adult workers.

In September 2014 the Virginia Tobacco Commission met in Bristol and approved $30 million in mostly corporate welfare and pork barrel waste. Some of that is earmarked to go for so-called workforce training and new training centers which amounts to another jobs program for nonprofits for jobs that don't exist at the present time.

They claim this will help "lure" in future business now that manufacturing is supposed to be returning to America. Now let me understand this, present employers claim they can't get workers who are either skilled or can pass a drug test yet we're setting up a training programs for jobs that don't presently exist. Got it.

Some of this money for once is going to be used for the general public to attend college. That's fine except it still doesn't deal with our high school illiteracy problem and the fact these companies won't hire people with college anyway.

If one can get through all of their remedial classes which don't go towards a degree anyway and manage to get a degree they will simply be forced to join the thousands of others that have fled this low-wage poverty ridden community.

Education in this community is an industry and not a path to prosperity or decent jobs for most of the general public. As they say in Bristol if you don't like it leave-and many do. Why are we surprised with what's left has all of the problems local business keeps whining about?

In conclusion the problem here is not infrastructure or money its political and social - poor business ethics, poor work ethics, drug and alcohol addiction, and low levels of education. We must also address corporate politics and the hostile anti-labor attitudes of local government.

Addressing one or two problems in isolation is simply a waste of time.

Immigration reform will cause even more misery for the working poor as an additional 22 million more guest workers over the next decade will further displace native born low-wage workers and already have in East Tennessee and Tri-Cities. Low-wage black workers have been driven out of the labor force across the nation by immigration and the same thing is happening to poor whites in our region as employers hunt for more cheap-exploitable labor.

In fact this has been recommended to business as a way to lower labor costs in the tourist-retirement related industries this region is promoting. Simply put they want to bring in even cheaper labor to displace the working poor that already dominates our private sector labor market. The working poor are ignored and marginalized already and so the system of social apartheid will continue to flourish.