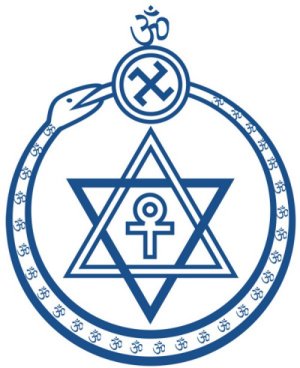 Summary: End Times religious alarmists employ emotion (fear, guilt) and twisting of world events to excite their flocks and to reach for new converts. They in fact abuse the very faith they are seeking to spread. They also tend to twist and abuse science because it has almost mythical power with the public. Creation Science is not science. Science should never be treated in a religious manner.

Similar tactics are used by another fundamentalist' religion Environmentalism. They attempt to cloak themselves in science yet refuse to follow its method or rigor. They too employ emotion in particular fear, guilt, and character attacks. (Denier is a religious term used against heretics.) They hurt science in the process - science is not about faith.

Hal Lindsey is a Bible end-times crackpot. Since the 1960s he has predicted with biblical prophecy the return of Jesus Christ. He claims the Bible has a number of passages that prophesize future political events. Lindsey knew he had the "truth" and attempted to fit that "truth" into the framework of current world events.

As I fought the Religious Right in the 1990s and had taken Bible study in college red flags were waving everywhere. I read his "Book Late Great Planet Earth" from the 1970s. It centered on a satanic war concerning Israel, Russia and assorted European nations, and even China. The identity of "Gog and Magog" seemed to shift every week.

The only problem is there is little reference to Europe in the Bible outside of Greece or Rome, no mention of China, etc. He really had to twist this myth around to try and account for America that has no reference in the Bible. All of this swirled in a culture of Cold War nuclear Armageddon.

Jesus' "return" was in the lifetime of His followers. Book of Revelation refers to 1st. Century likely the rule of Roman Emporor Domitian. It refers to churches that no longer exist because the regions are Muslim. You think Bible Prophecy would at least mention Islam. His series of "prophecy" books all failed 100% of the time. In 2017 he is still at it.

He follows something called "Dispensationalism" that was concocted in the 19th Century by figures like John Nelson Darby. This is a "Biblical history as divided by God into dispensations" where historical events set into motion "God's Plan" as a series of dominoes fall into place. here we have the "rapture" a term not present in scripture where the faith-chosen disappear in thin are and are spared the "tribulation", another term not found in the Bible, from a world of terror under some Anti-Christ figure.

"1973 Hal Lindsey publishes in his best-selling book 'Late Great Planet Earth' that there will be only one generation between Israel's new statehood and the End Time. Although he does not state the date he provides many of the arguments upon which the date 1988 is based."

"Hal Lindsey (of 'The Late Great Planet Earth') writes concerning the so-called 'Jupiter Effect' - 'what we can expect in 1982 is the largest outbreak of killer quakes ever seen in the history of planet earth along with radical changes in climate'."

All of his books of prophecy failed - yet he is still at it.

Another collection of nut jobs called the Ebible Fellowship predicted the end in 2011. To quote,

"The purpose of this tract is to inform you of the great urgency there now is in the world for each and every person to be reconciled to God. The Bible is the Word of God! Everything the Bible declares has the full authority of God Himself.

Now, at this time, information is coming forth from the Bible which clearly reveals God's plan for Judgment Day and the end of the world itself. The Bible has opened up its secrets concerning the timeline of history...

2011 AD: On May 21st, Judgment Day will begin and the rapture (the taking up into heaven of God's elect people) will occur at the end of the 23-year great tribulation. On October 21st, the world will be destroyed by fire (7000 years from the flood; 13,023 years from creation)."

But is I go to www.ebiblefellowship.com they now claim 2011 was "the beginning of God's spiritual judgment".

The following is off the Hal Lindsey's present website for 2017. I'll discuss why this is bunk, but my real point is methodology. It is the source of far-right Christian nonsense which discredits the entire faith. To quote Lindsey:

"Listed below are 20 pieces of this pattern which are unmistakably coming together simultaneously for the first time in history."

He engages in a process I call "self-revelation". In other words, he makes up facts based on feelings, emotion, and intuition, not based on reason or empirical evidence. His list is a hodgepodge of news and politics from the 1960s to the 1990s. He doesn't follow the Bible Old or New Testament as written. He uses these events to give credence to his religious longings.

Let's take 1948 and Israel as a starting point. The Cold War was heating up which I know from being in military intelligence in the late 1970s had religious undertones. For many including the Army, there was a view of the godly (us) versus atheist communism. Before this scores of Biblical prophecy crackpots had failed - Jesus never came.

Establishment of Israel is the only fact he lists and the rest are bogus or so vague he can claim anything. He added events as he went along. China is not going to attack Israel. Russia is no serious threat to Israel and is shell of its former self. The European Common Market or E.U. has more than ten nations and is falling apart as citizens retake their nations from Globalists.

Population bombs and pollution scares are from discredited eco-nuts like Paul Ehrlich - I'll get to more on him. The "decline" of U.S. is also bogus. While we have problems we are the most powerful nation on earth in every way and will remain so. One world government? Not happening, Hal. One world religion? Not happening.

By the 1990s fundamentalist' paranoia reached a fever pitch under Bill Clinton. The UN was coming in black helicopters, the Waco Massacre, Oklahoma City Bombing, Ruby Ridge killings and Randy Weaver, etc. Pat Robertson tried to run for President and the Christian Coalition reached its peak. The Left was as hysterical as the Right.

Y2K hysteria came from all sides - then nothing. No rapture and no computer meltdowns. Sullivan County Tennessee had placed its emergency services on rapture alert for Y2k - go home and get some sleep. Sorry no rapture, no tribulation, no Jesus.

Despite leftwing hysteria Pat Robertson never came close to becoming president, the Christian Coalition was a toothless pussycat and collapsed, and my computer still kept time.

Leftwing hysteria over "militias" was overblown propaganda. I made a fortune replacing computer mother boards because of Y2K.

Christians made the mistake of believing self-appointed prophets of doom that led them down a rat hole. They didn't study or even understand their faith failing to even read the Bible. They placed mysticism over reason, emotion over empiricism. They were too lazy and put their faith in experts. Instead of practicing their faith they turned to politics.

Yes, they were under religious and cultural assault but failed to confront it directly. Worst of all they refused to learn from the lessons of the past. Most younger Christians today have gotten away from this nonsense, but not so on the Left. That will be another article.