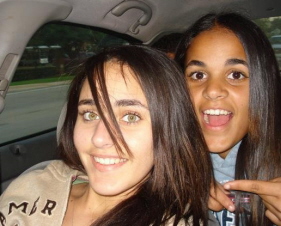 While the extensive Portuguese participation in the transatlantic slave trade is widely known, not everybody knows that Cristovao da Gama (1516-1542), son of the great Portuguese explorer Vasco da Gama (ca. 1460-1524), fought in Ethiopia in support of local Christians in the early 1540s, and died there.

The Ethiopians were the only literate African nation not under Islamic rule; they had been Christianized via the Egyptian Copts already in the fourth and fifth centuries AD, but had been virtually cut off from direct contact with the Mediterranean Christian world after the Islamic conquests.

Portuguese mercenaries arrived to prevent the Ethiopian kingdom from being overwhelmed by Muslims from the plains of Somalia. Robert O. Collins and James M. Burns explain in A History of Sub-Saharan Africa:

Its monarchy had captured the last Muslim stronghold in Portugal in 1249 and in 1385 had initiated a stable political system under the new dynasty, the house of Avis, isolated on the western coast of Europe with a powerful and suspicious Spain as its neighbor to the east.

The gold of Africa would provide the resources to defend the kingdom and finance Portuguese expeditions around Africa to the Indian Ocean and Asia in order to reap the wealth from the spice trade.

Moreover, beyond the Sahara Desert lived the non-Muslim peoples of West Africa who perhaps could be converted to Christianity and enlisted in the crusade against the Muslims....And then there was the compelling legend of Prester John, which ignited the desire of medieval European monarchs to succor this beleaguered Christian king surrounded by Muslim enemies somewhere in the East.

By the fifteenth century the legend of Prester John had come to be associated with Abyssinia (Ethiopia) in northeast Africa; his Christian subjects were said to be defending the faith against the jihad (holy war) of Islam. No Portuguese king, noble, or peasant could neglect their Christian responsibility to come to the aid of Prester John and his people.

Moreover, what was to become in ensuing centuries a worldwide European expansion and exploration of the seas started in Portugal in the fifteenth century with the initiatives of Prince Henry the Navigator (1394-1460). Incidentally, the exploration of the African coasts began with the Portuguese in 1415 capturing the North African port of Ceuta, which had been used as a base for Muslim Barbary pirates in their attacks on the coasts of Portugal, capturing the locals as slaves and depopulation several regions because of repeated attacks.

One of the most important reasons for this early European overseas expansion was the desire to get away from the iron grip Muslims had enjoyed over the European continent for so long. Norman Davies in his massive book Europe: A History[13] elaborates:

Islam's impact on the Christian world cannot be exaggerated. Islam's conquests turned Europe into Christianity's main base. At the same time the great swathe of Muslim territory cut the Christians off from virtually all direct contact with other religions and civilizations.

The barrier of militant Islam turned the [European] Peninsula in on itself, severing or transforming many of the earlier lines of commercial, intellectual and political intercourse. In the field of religious conflict, it left Christendom with two tasks - to fight Islam and to convert the remaining pagans.

It forced the Byzantine Empire to give lasting priority to the defence of its Eastern borders, and hence to neglect its imperial mission in the West. It created the conditions where the other, more distant Christian states had to fend for themselves, and increasingly to adopt measures for local autonomy and economic self-sufficiency.

In other words, it gave a major stimulus to feudalism. Above all, by commandeering the Mediterranean Sea, it destroyed the supremacy which the Mediterranean lands had hitherto exercised over the rest of the Peninsula.